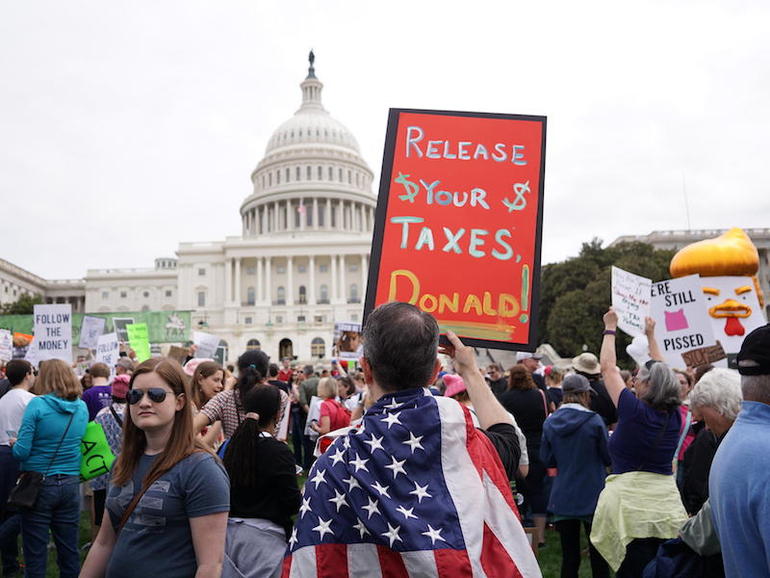 (Image: file photo via CBS News)The Trump administration is demanding web host provider Dreamhost turn over the logs of over 1.3 million visitors to a

The Trump administration is demanding web host provider Dreamhost turn over the logs of over 1.3 million visitors to an anti-Trump website it hosts, the company has revealed.

News of the Justice Department order landed Monday when the company took an unusual step of announcing that it had been in talks with the government to clarify and narrow the search warrant in an effort to comply, but had failed to reach an amicable resolution.

The order demanded that the company provide “all information available”, including its owner and its visitors, of a political activism and protest organizing website against the current Trump administration, the web host said in a blog post.

The website, known as DisruptJ20, is a political organization that planned a mass protest for the inauguration of then president-elect Donald Trump in January.

Several purported members of the organization were arrested for alleged violent conduct during the protests.

The specific information that prosecutors want isn’t known as the affidavit for the search warrant remains under seal. Dreamhost has however confirmed the order demanded the company hand over “contact information, email content, and photos of thousands of people,” to determine “who simply visited the website,” the company said.

The company argued that the data, including logs and specific identifiable information, will allow the government to build a comprehensive list of names who oppose the Trump administration.

Specifically, the company argued that the warrant “not only aims to identify the political dissidents of the current administration, but attempts to identify and understand what content each of these dissidents viewed on the website.”

“That information could be used to identify any individuals who used this site to exercise and express political speech protected under the Constitution’s First Amendment,” the blog post read.

Dreamhost as a result filed its opposition to the order late last month, arguing that the search warrant “violates” the Fourth Amendment against unreasonable searches and seizures.

The Electronic Frontier Foundation, a privacy group currently representing Dreamhost, said in a statement that the Justice Dept’s order was “unconstitutional”.

“No plausible explanation exists for a search warrant of this breadth, other than to cast a digital dragnet as broadly as possible,” said Mark Rumold, a senior staff attorney. “But the Fourth Amendment was designed to prohibit fishing expeditions like this,” he said. “Those concerns are especially relevant here, where [Justice Dept] is investigating a website that served as a hub for the planning and exercise of First Amendment-protected activities.”

A hearing is scheduled in a Washington DC court on Friday.