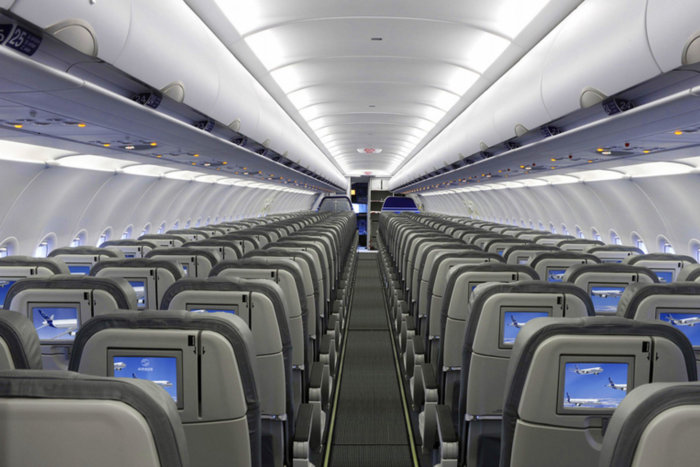 U.S. bans electronics larger than smartphones in cabins on some flights

The U.S. Department of Homeland Security has ordered that passengers on flights departing for the U.S from 10 airports in the Middle East and Africa

The U.S. Department of Homeland Security has ordered that passengers on flights departing for the U.S from 10 airports in the Middle East and Africa will have to carry personal electronics larger than a smartphone as checked baggage, citing increased terror threats.

Giving the approximate size of a commonly available smartphone as a guideline for passengers, the DHS said that laptops, tablets, e-readers, cameras, portable DVD players, electronic game units larger than smartphones, and travel printers or scanners were the kind of personal electronics that would not be allowed in the cabin and would have to be carried as checked baggage.

Approved medical devices may be brought into the cabin after additional screening. The size of smartphones is well understood by most passengers who fly internationally, according to the DHS, which in any case asked passengers to check with their airline if they are unsure whether their smartphone is impacted.

The affected 10 airports are in the Middle East and Africa and will likely lead to charges that the administration of President Donald Trump has selectively targeted Muslim-dominated countries, an accusation that was leveled quite successfully in courts against his travel restrictions that were imposed recently.

“Evaluated intelligence indicates that terrorist groups continue to target commercial aviation and are aggressively pursuing innovative methods to undertake their attacks, to include smuggling explosive devices in various consumer items,” the DHS said.

Secretary of Homeland Security John Kelly and Transportation Security Administration Acting Administrator Huban Gowadia have found it necessary to enhance security procedures for passengers at these last point of departure airports to the U.S., it added.

Airlines are to be notified of the order on Tuesday  and will have 96 hours in which to comply.